MARTIN LUTHER KING JR, NELSON MANDELA AND MAYA ANGELOU A Series of Portrait of Human Right Fighters done by JONAS SUN7 for the Solo Exhibition "OVER EXPOSED" at CATHERINE AHNELL GALLERY "I Have A Dream" by JONAS SUN7, Marker on Dibond, 72"x 48" MARTIN LUTHER KING JR 1929-1968 "I Have a Dream" is a public speech delivered by American civil rights activist Martin Luther King Jr. during the March on Washington for Jobs and Freedom on August 28, 1963, in which he calls for an end 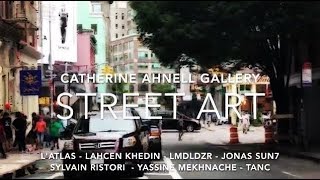 MAKE YOUR BID and you might just get lucky!